The StackHawk Platform helps you get the most out of your scans. In the platform you can:

On this page we will walk through how to get going with your first scan.

StackHawk requires an API key as the first step to start running scans. After creating an account and signing in, you will be prompted to copy and paste your initial API key. 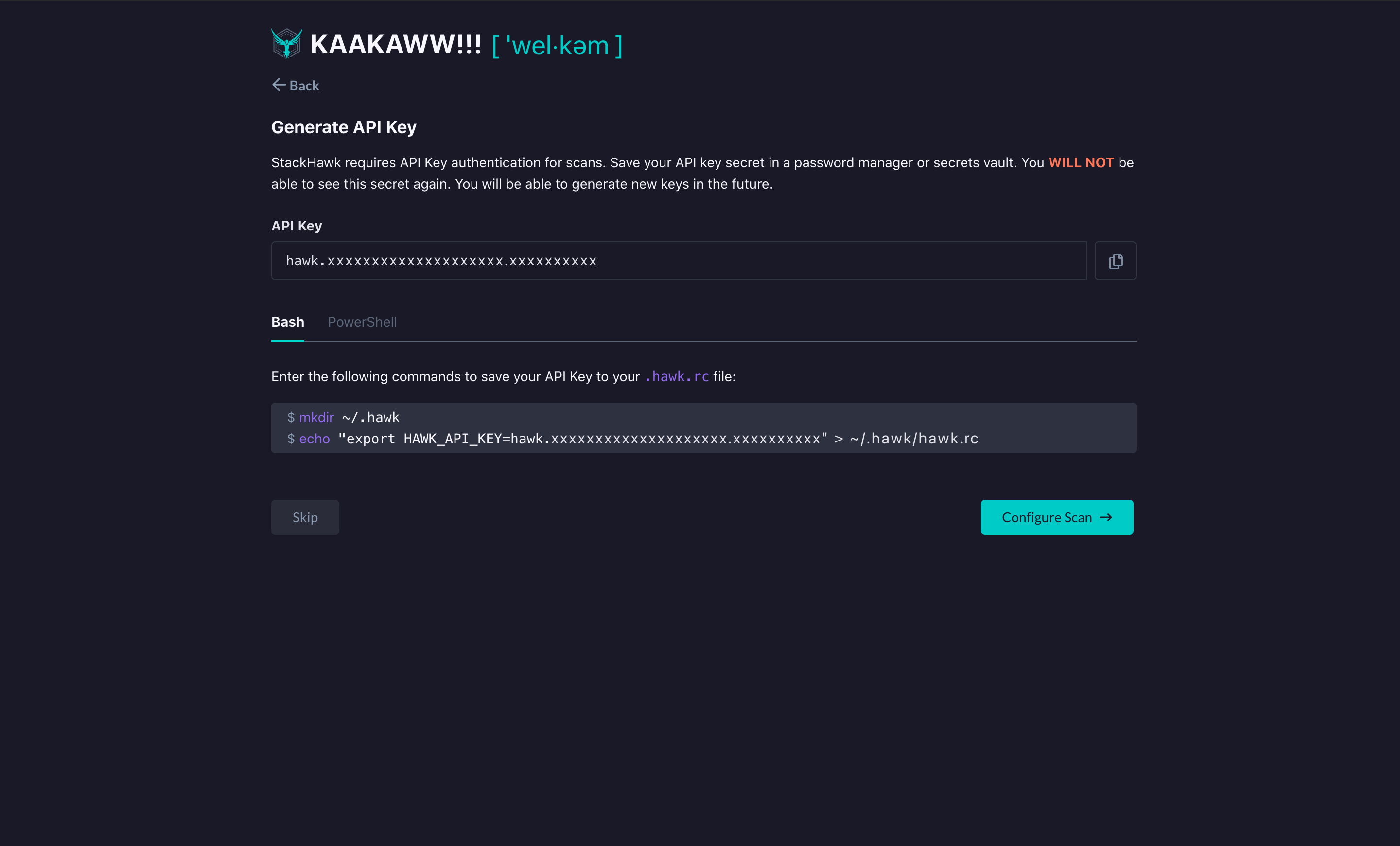 To do so, create a directory for HawkScan and store your key as an environment variable by running the following command:

Should you misplace or need to refresh your API key, key management can be found in Profile > Settings > API Keys.

Configure your App and Environment

Once you have your API key, you will need to create an applicationID and define your initial environment. 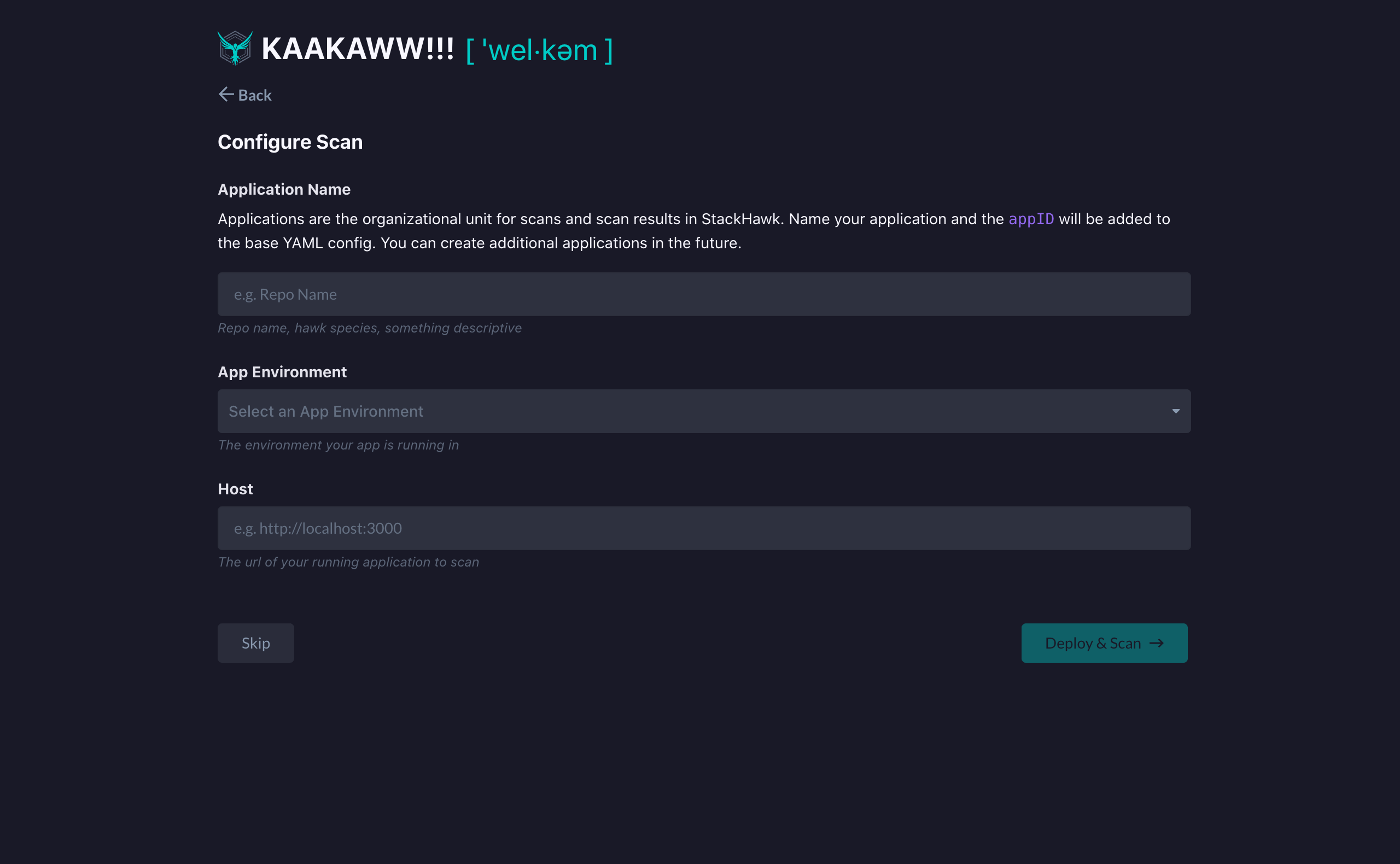 Each of your applications will have a unique applicationId, which will ensure that scans and associated findings are organized properly in the platform.

StackHawk can run in any environment you choose. We recommend you begin by scanning local/dev or in pre-production, but scans are most effective in CI/CD

Where the running application can be accessed by the scanner (e.g. http://localhost:8080).

HawkScan uses a YAML configuration file to supply operational settings to the scanner. The stackhawk.yml configuration should be placed in the same directory as your application codebase.

Below is the minimum configuration required to run a scan.

If you are looking for more resources, visit our Configuration Page

HawScan runs in a Docker container. Use the following Docker command to initialize the scanner and kick off your first scan:

Once you run your scan, go to your scan dashboard to dive deeper into the results.