The Scans page in the StackHawk Platform displays the results of all of your organization’s scans. For each scan, you will see the number of identified paths and corresponding findings. By default the most recently completed scans are presented first.

The number of paths the scanner was able to find and test is displayed in the ‘Path’ column. If this number is low, it is unlikely the scanner has found much of your application.

Read about adding authentication instructions to your YAML or feeding an OpenAPI spec to ensure greater app coverage.

The number of new or unprocessed findings for each severity level is highlighted in a specific color. Findings that have been traiged in the Findings Detail page are displayed in grey.

By clicking on a specific scan, you will be taken to the Scan Details view. Here you can find the list of findings identified by HawkScan. Each row displays the criticality of the finding and the current status of each identified path.

The Paths tab will allow you to view a list of all identified paths that were scanned. 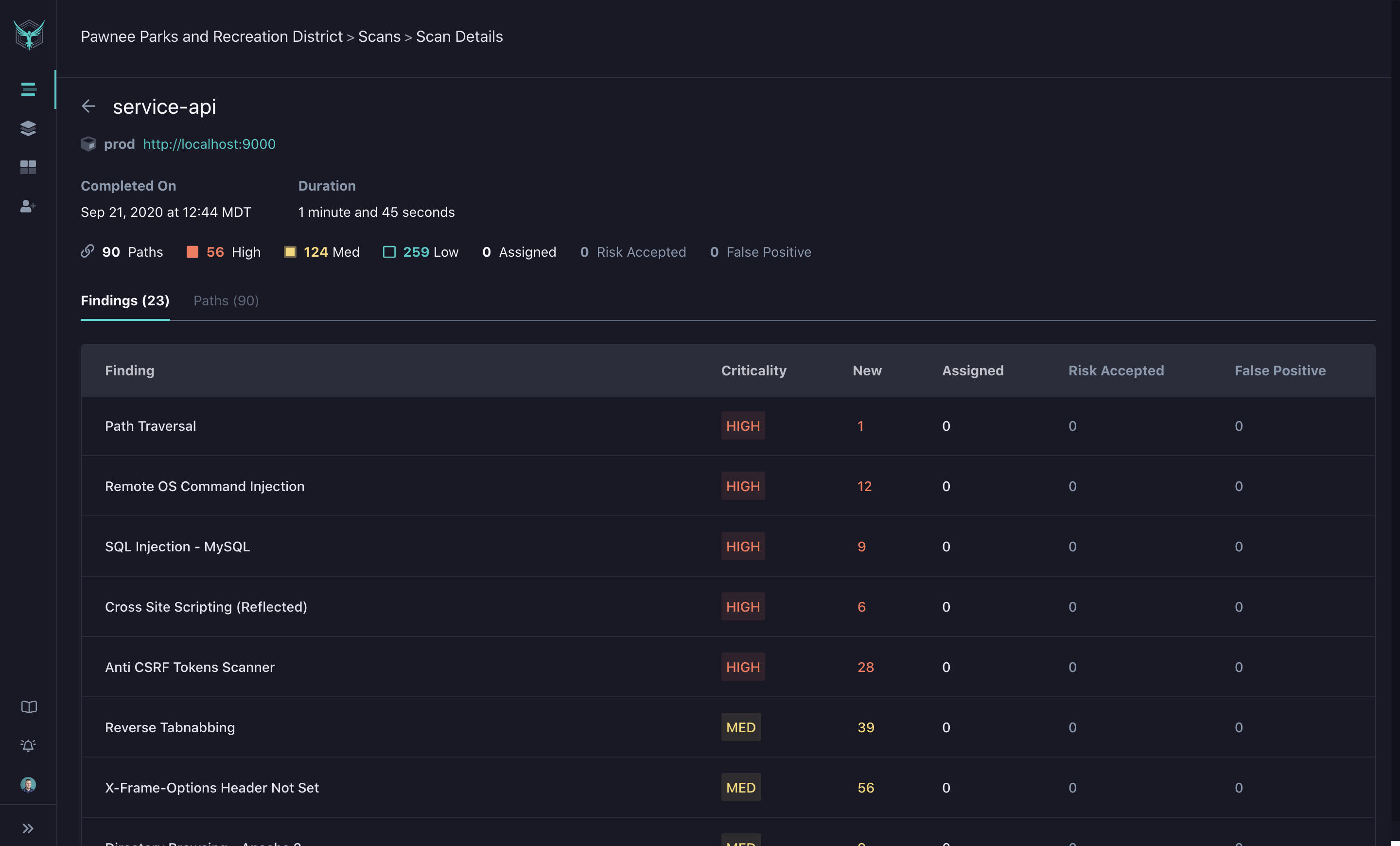 In the Scan Details page, you can click on a given finding to dive deeper through the Findings Detail view. In addition to the list of identified paths, you will see a description of the finding along with a link to any available OWASP Cheet Sheets. For the selected path, you will see details of the Request and Response payloads. 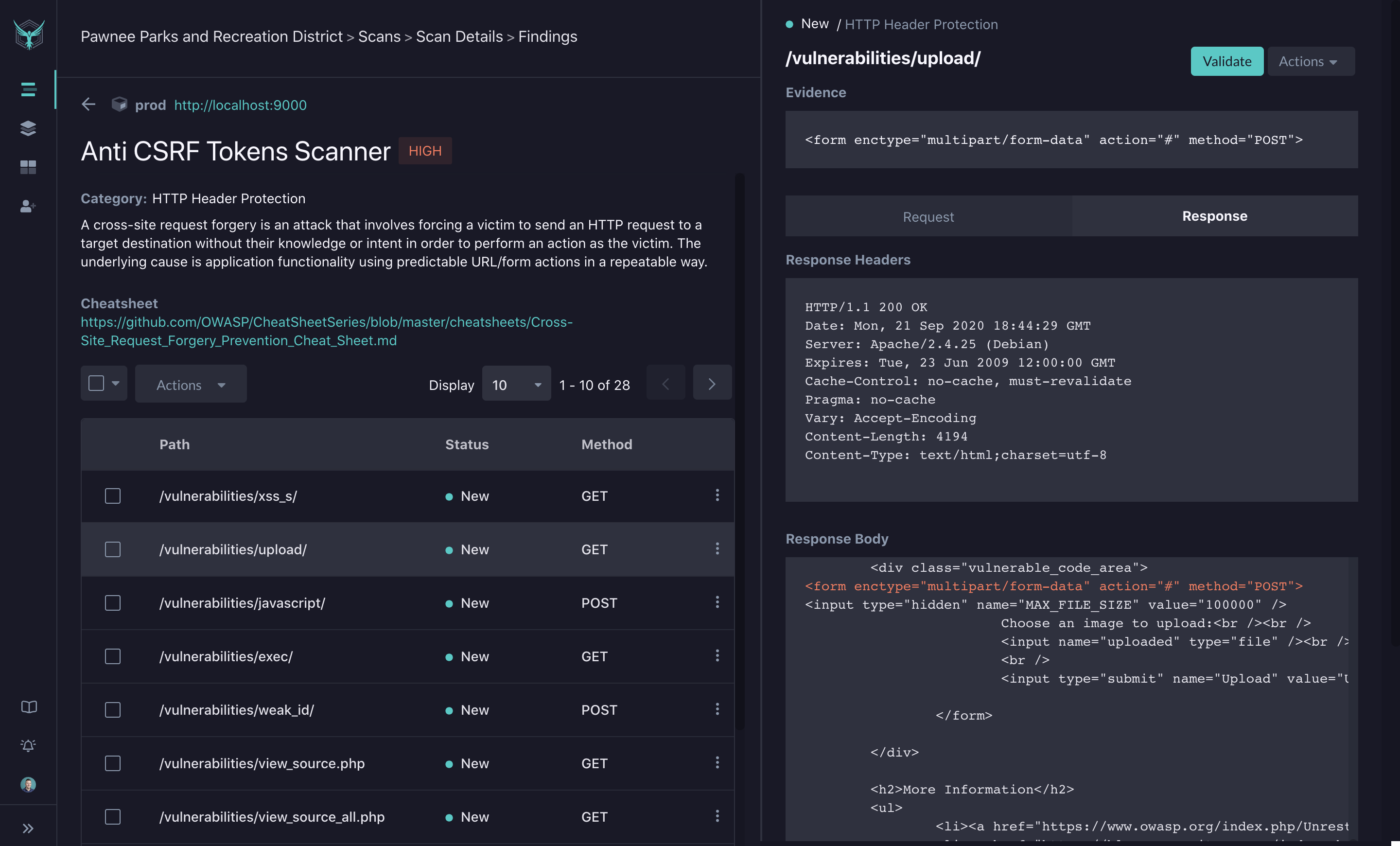 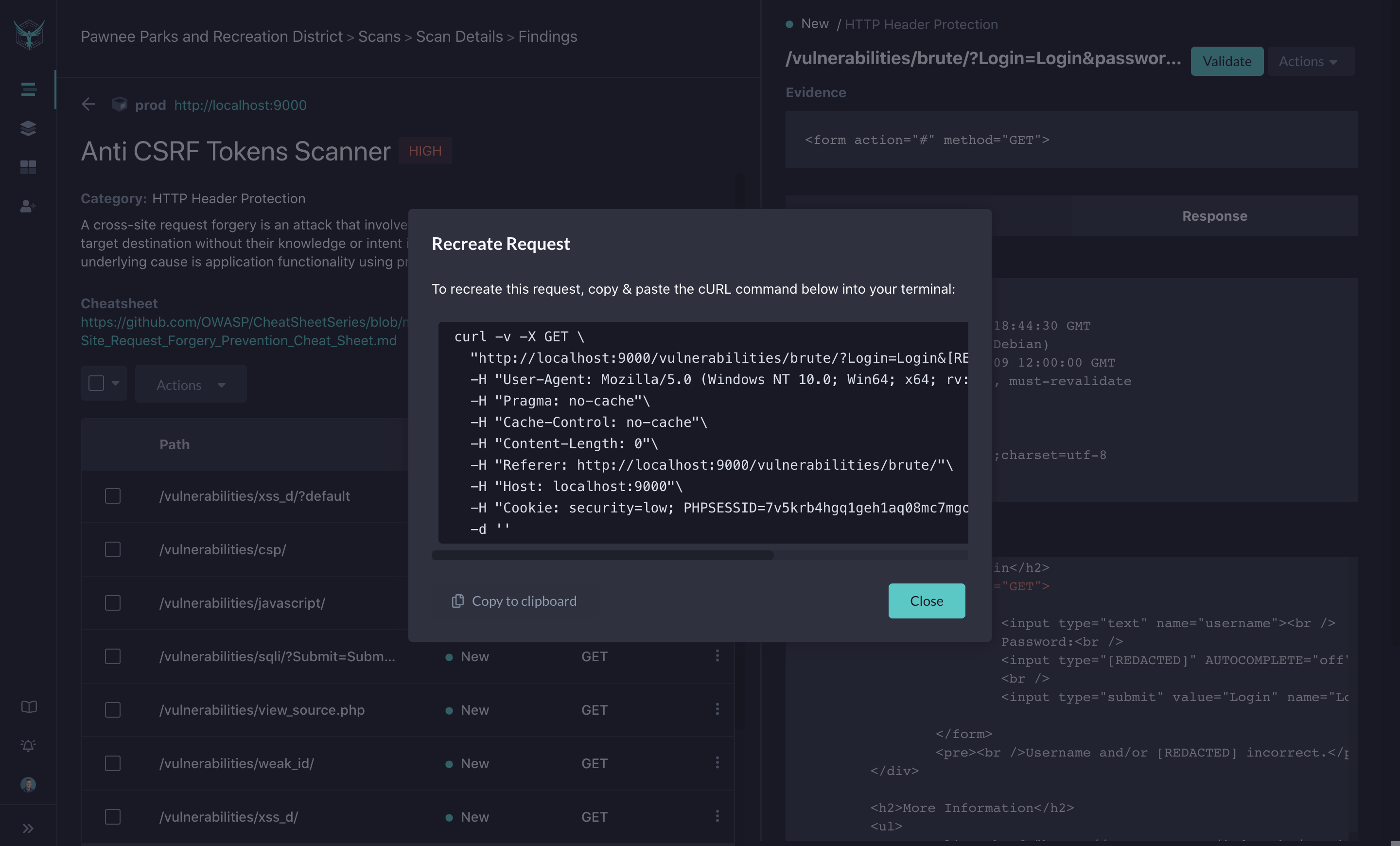 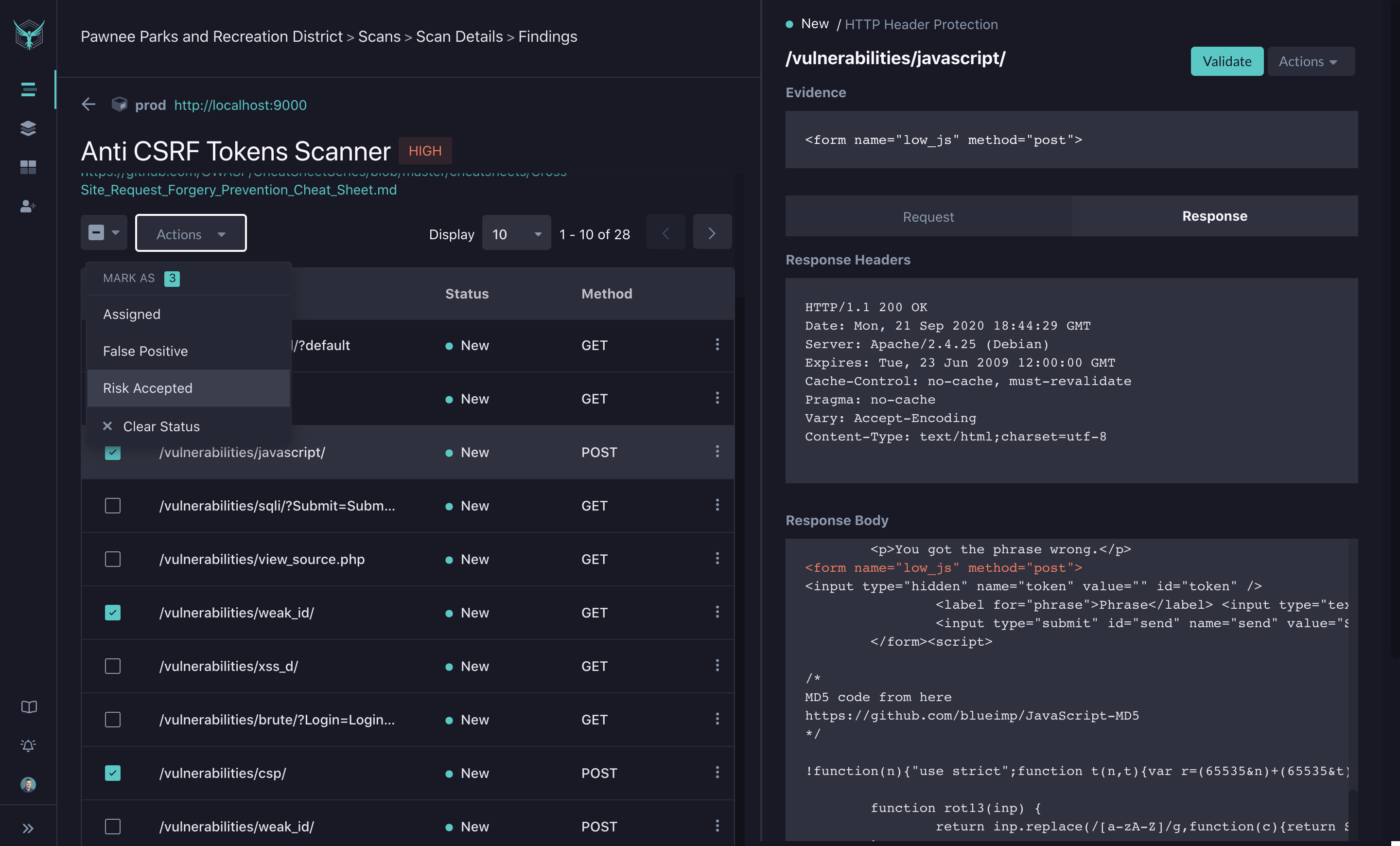 When you take action on a particular finding, you will be prompted to enter comments. This process creates documentation on why the action was taken and allows you to tie it to workflow tools like Jira 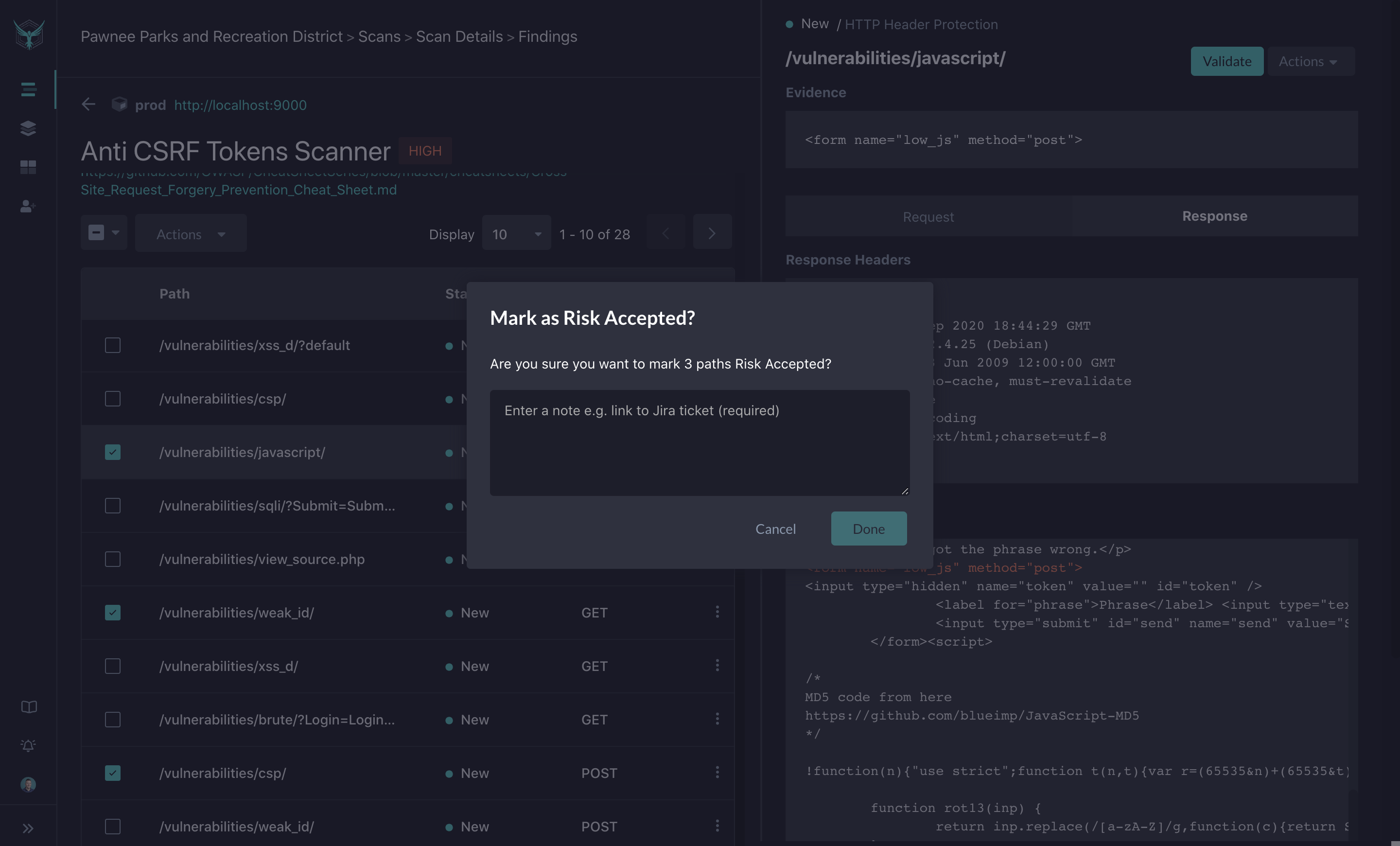